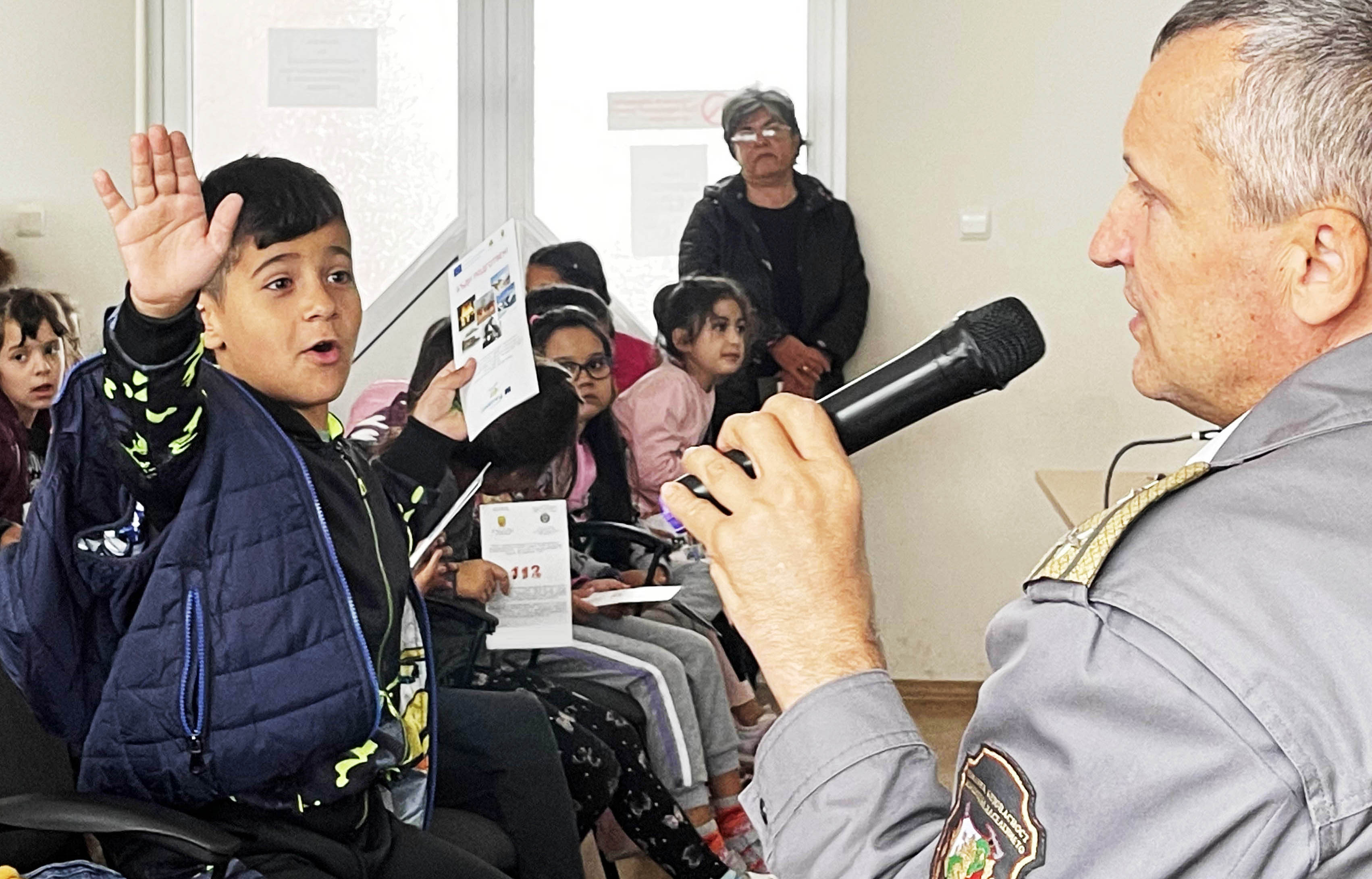 An information and education campaign for raising the awareness of the population for disaster response was held in villages of Dobrichka municipality under the project "Joint risk management and partnership in cross–border region "Calarasi – Dobrich", funded under the program "Apostille" Romania – Bulgaria.

The film "Joint risk management and partnership in cross – border region Calarasi-Dobrich"was presented to them. It was developed under the project and presents the activities of a field exercise for joint actions for the response of the responsible institutions to disasters, held near the Odrintsi dam, Dobrichka municipality. Presents the preparedness to deal with critical situations was presented in a simulation of disaster rescue activities under a forest fire scenario and its consequences.

The aim of the campaign is to increase the competence and readiness of the population to cope with critical situations with the help of modern equipment. Training and dissemination of information among people, forming in them knowledge, skills and readiness to meet disaster and its subsequent crisis. Acquisition of practical knowledge and skills for preliminary preparation in case of potential disasters.

Given the specificity of the region, the focus of the campaign was on floods. Chief Inspector Tihomir Katrandzhiev from RDPBZN presented a presentation "floods-Basic Rules of action". It helped participants learn appropriate behavioral strategies for responding to a real flood situation – at home, at school, at home.

The learned knowledge the children showed in the organized game with questions on the topic, and for the bravest participants there were prizes.

The participants in the training received a brochure "be prepared!“ , which introduces the basic advice and rules of action in case of disaster situations in the cross-border region Dobrich-Calarasi. It answers the most frequently asked questions in case of fire, flood, earthquake, snow storms, radiation pollution.

The training ended with a demonstration of working with a fire extinguisher. The young people were guided by a Republican champion of fire sports. The opportunity to participate in real fire fighting actions aroused the interest and emotions of the students.

An information and education campaign for raising the awareness of the population for disaster response was held in villages of Dobrichka municipality under the project "Joint risk management and partnership in cross–border region "Calarasi – Dobrich", funded under the program "Apostille" Romania – Bulgaria. 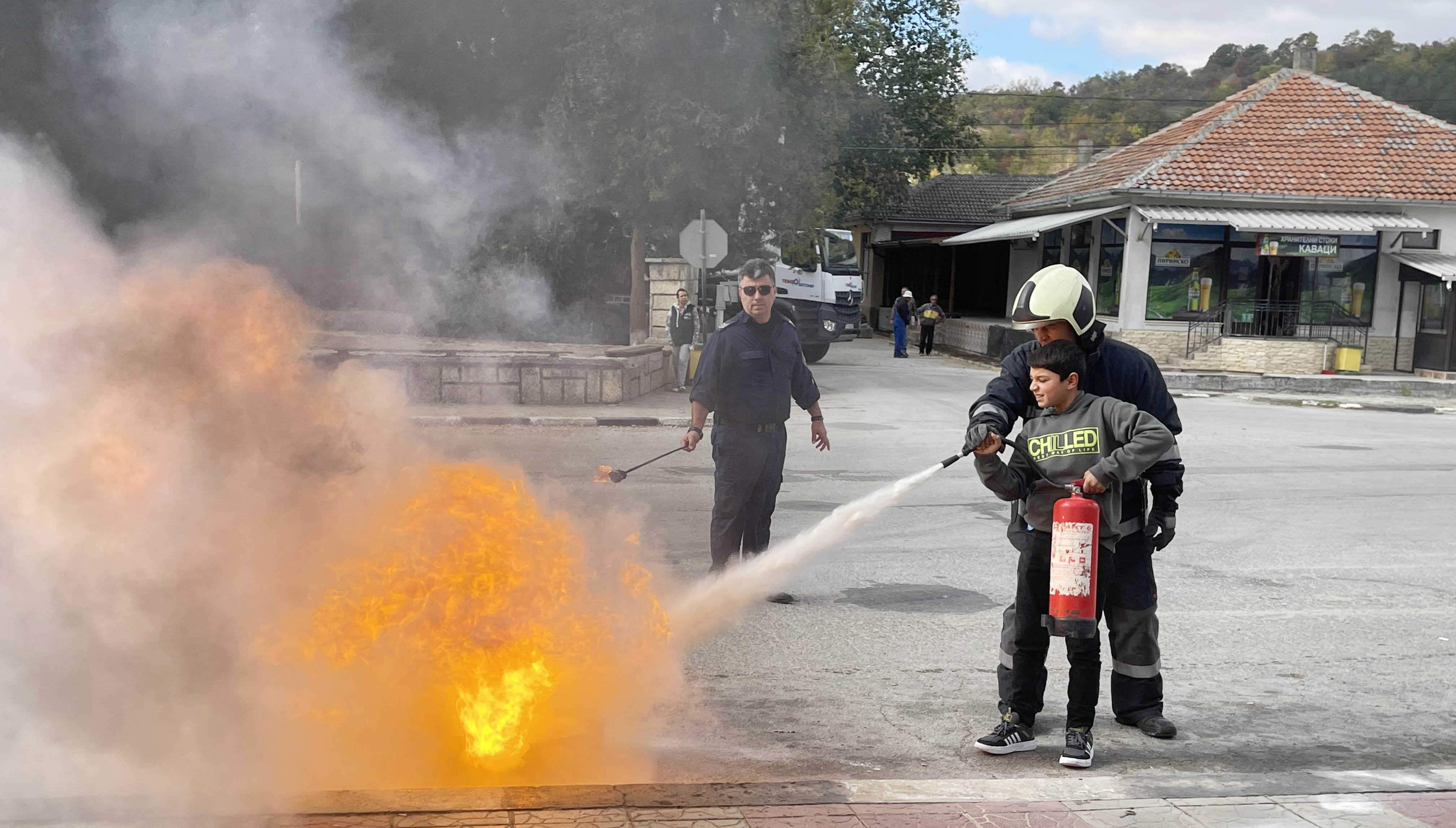 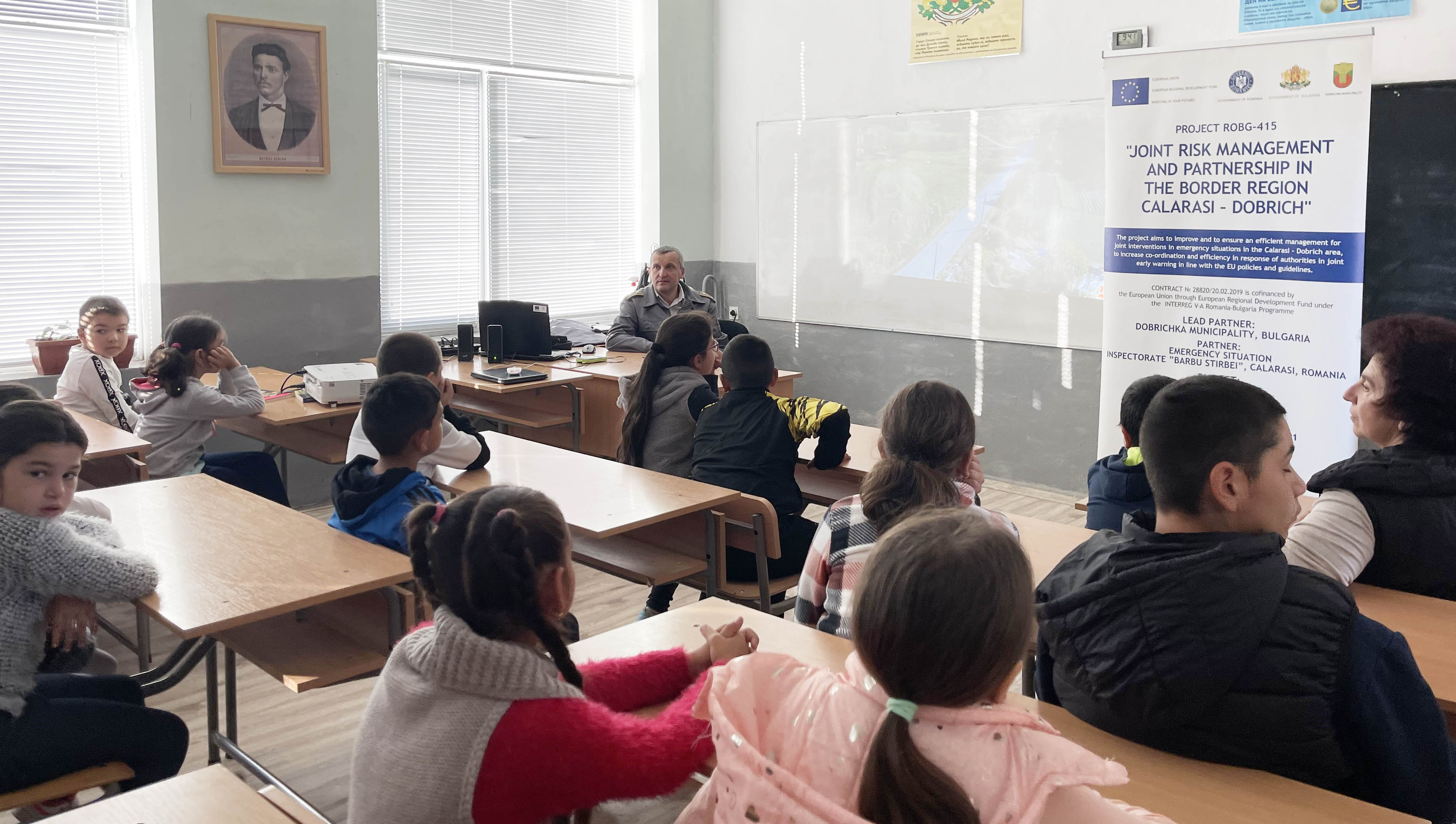 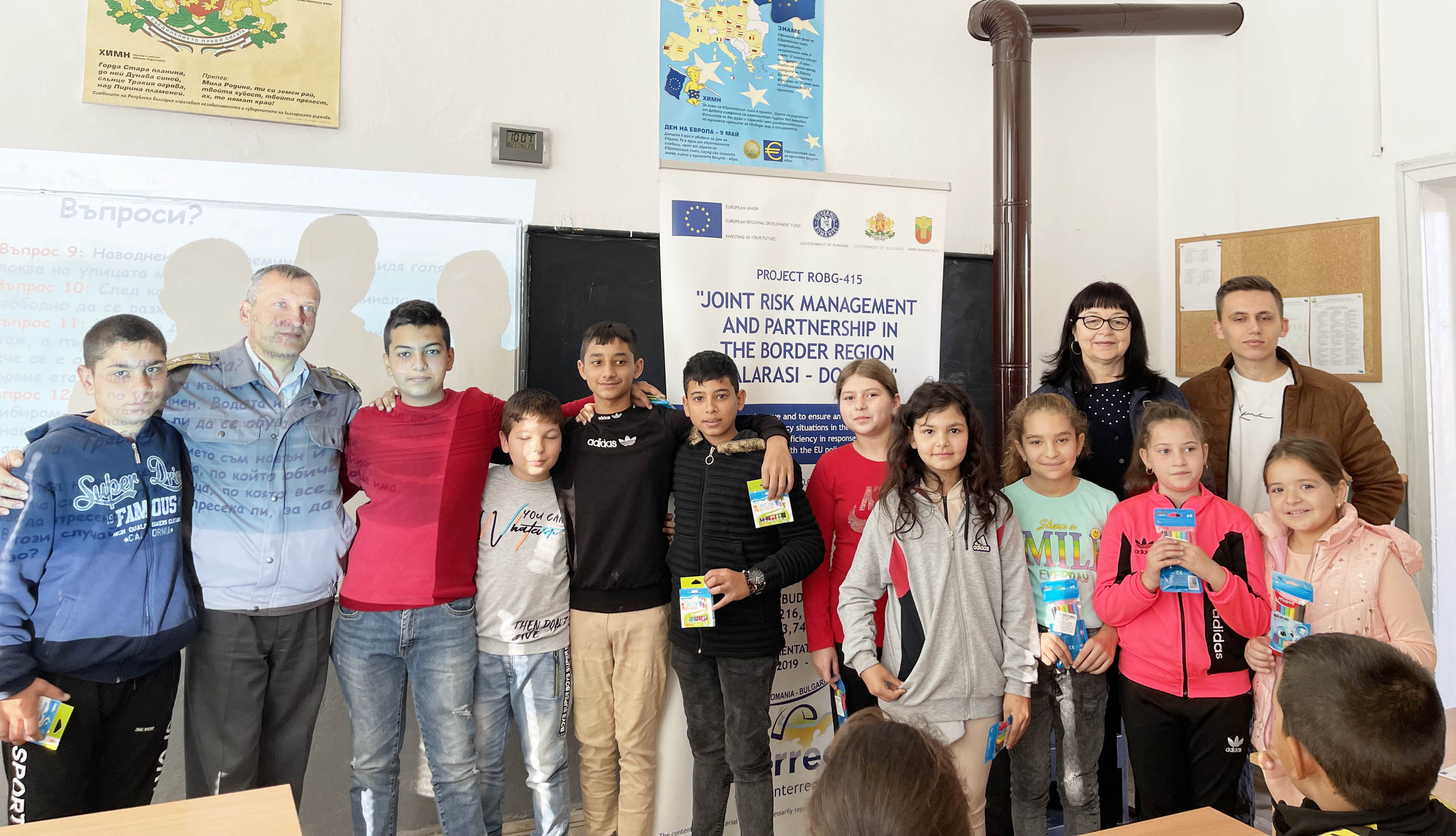 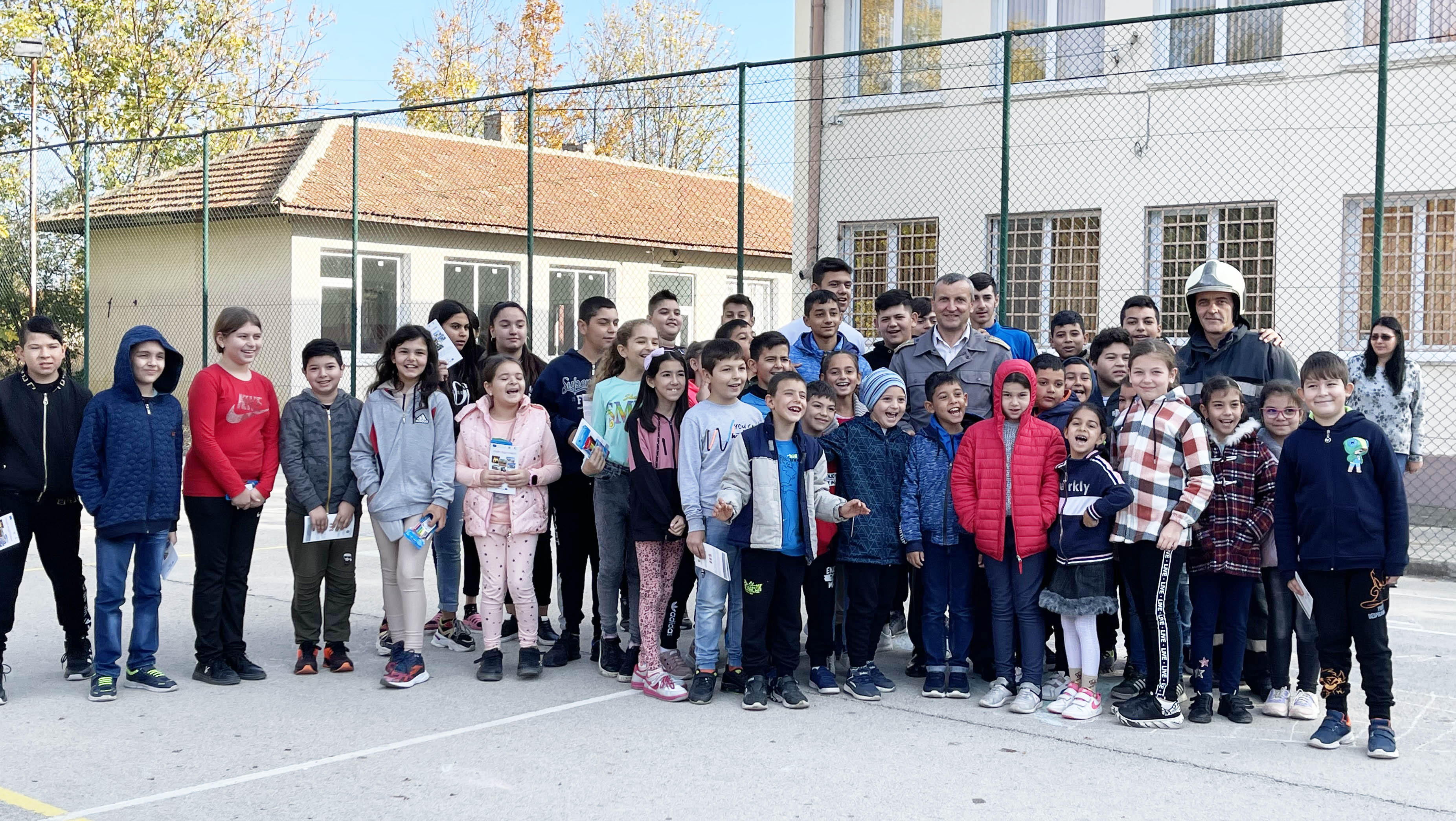 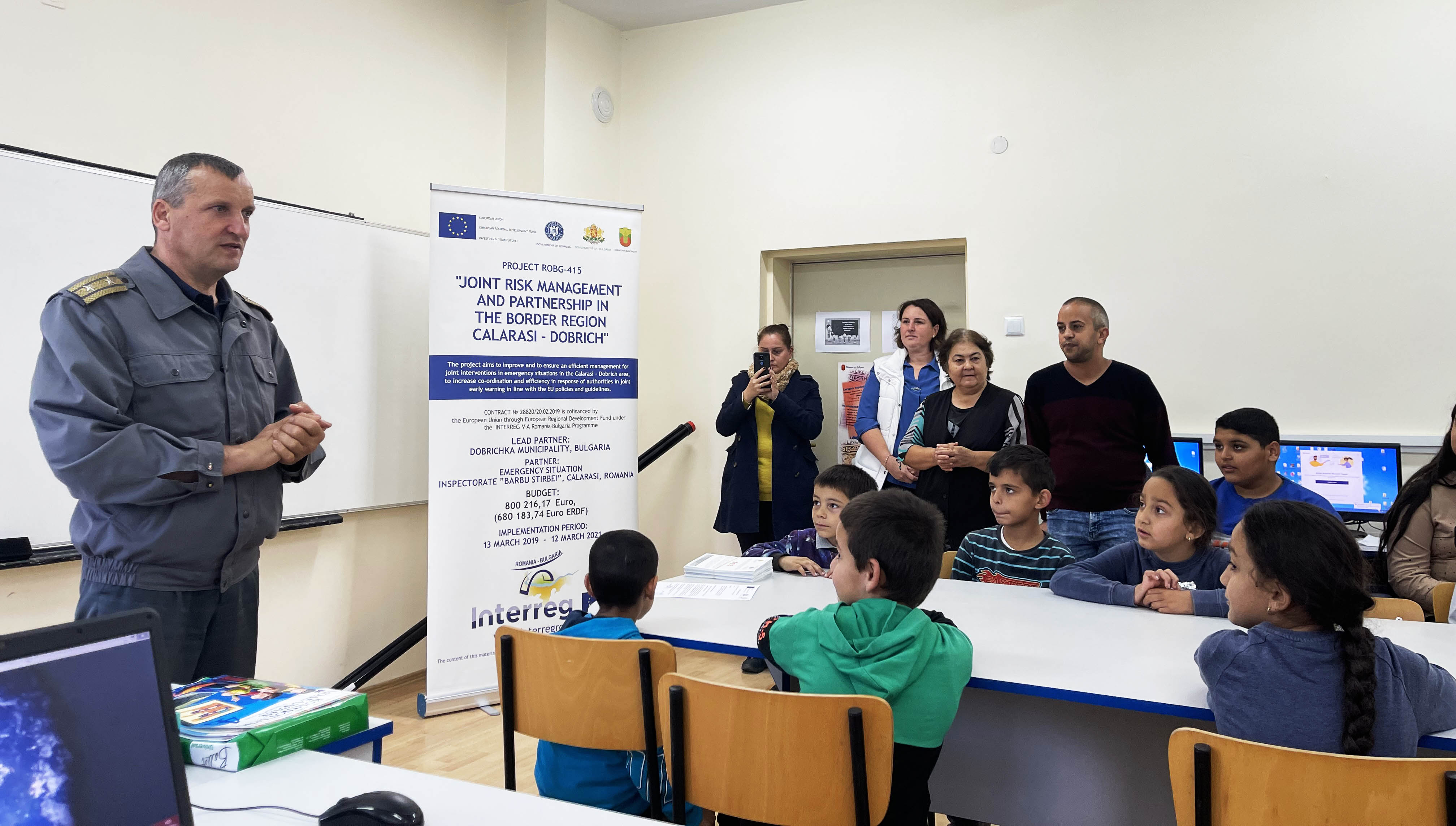 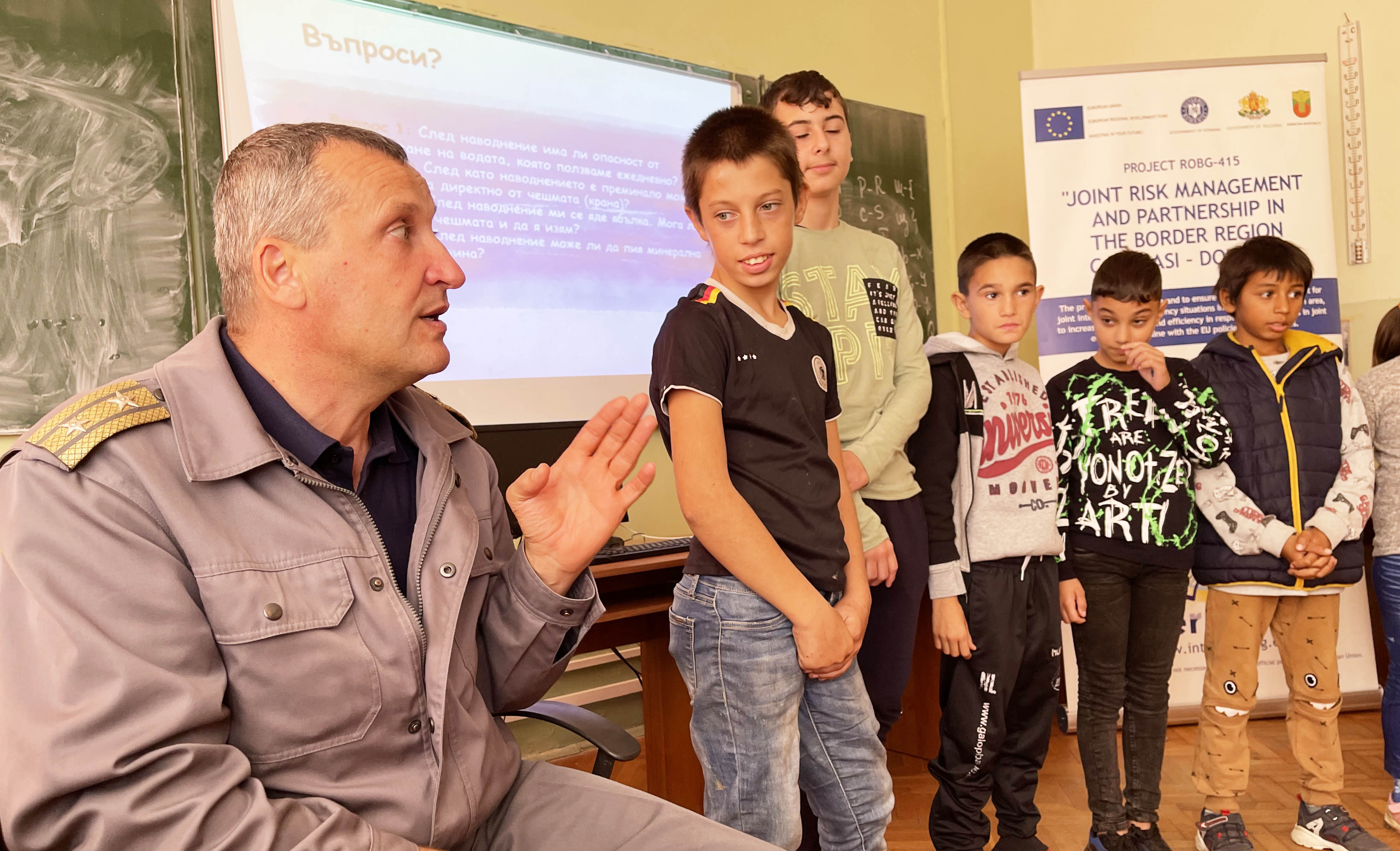 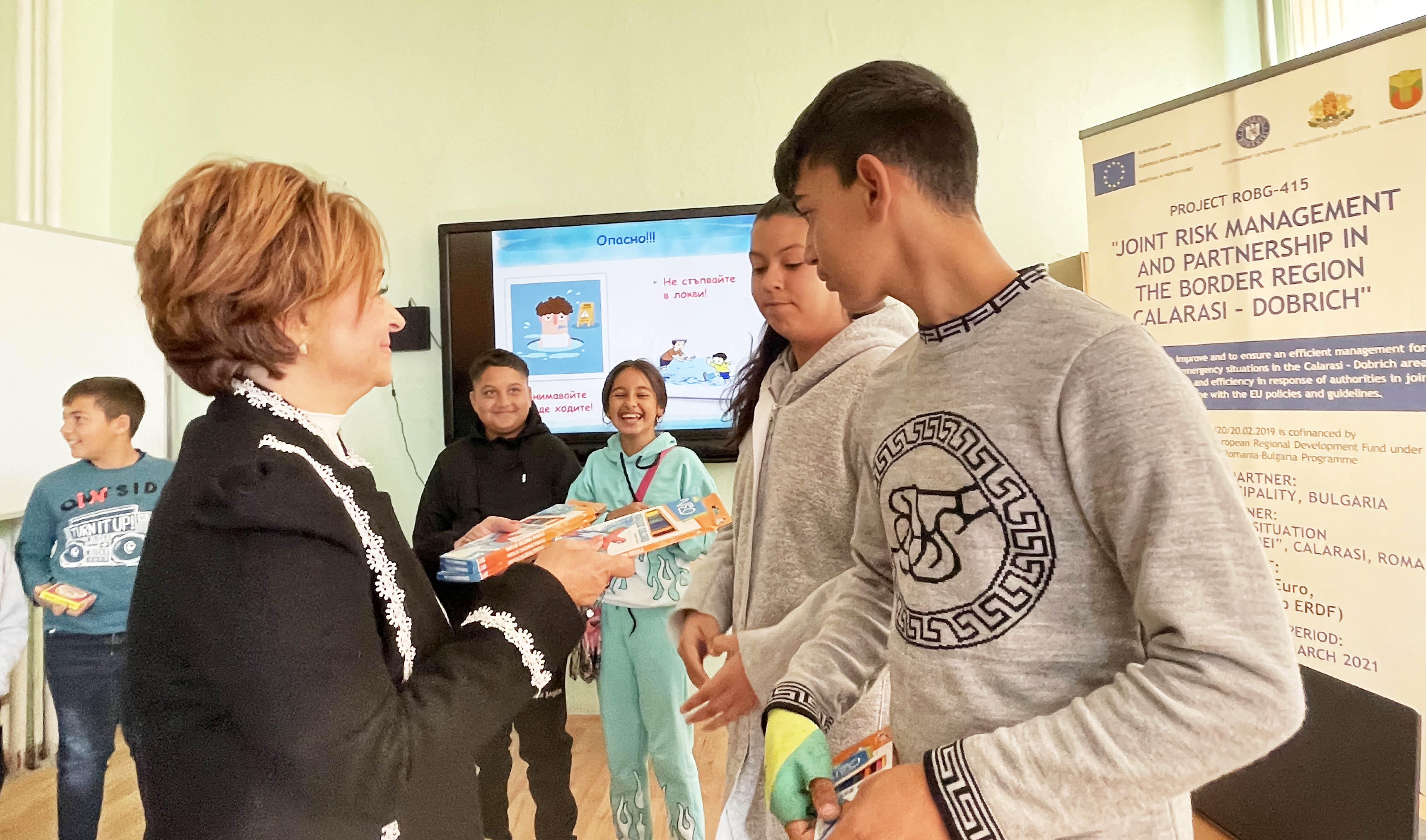 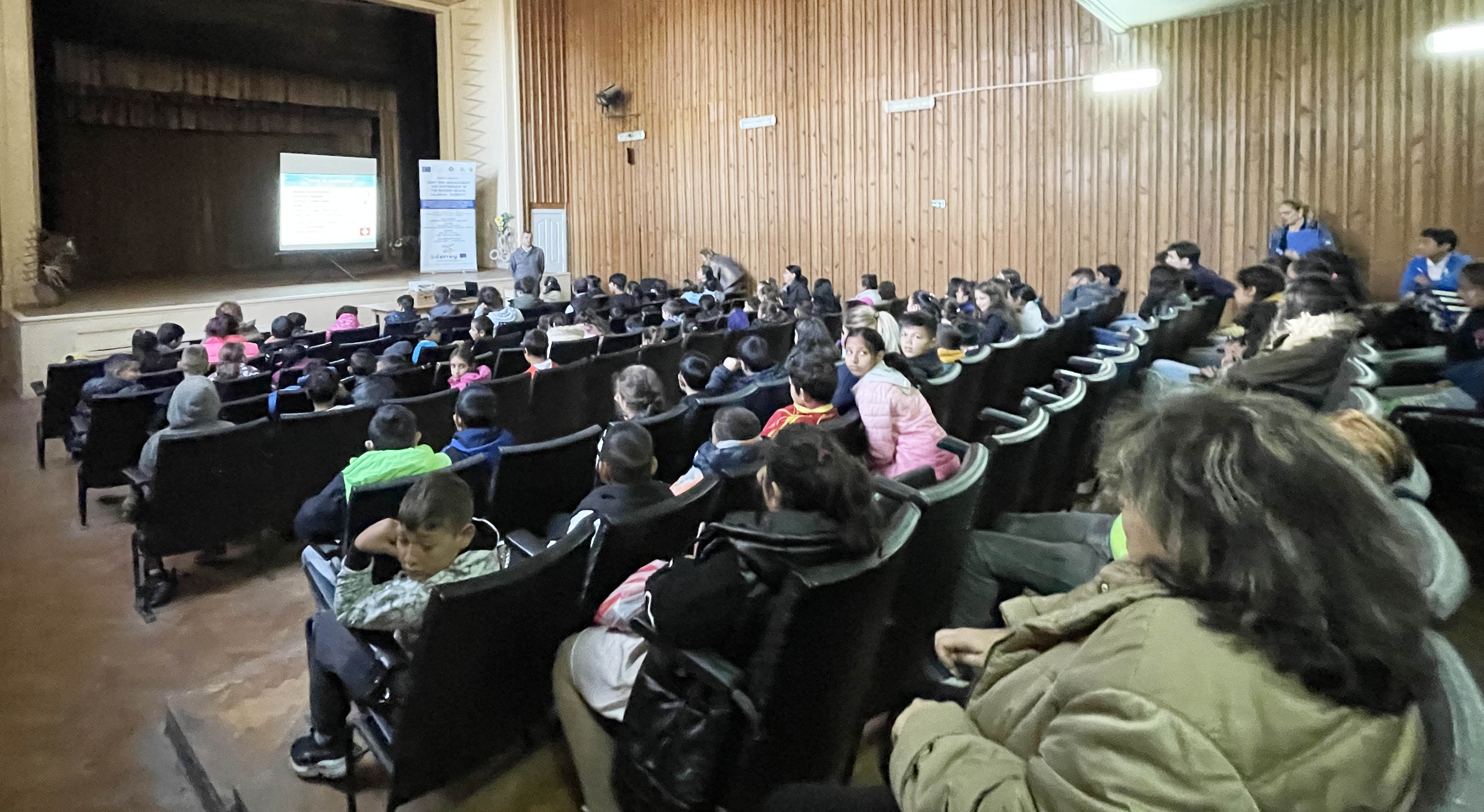 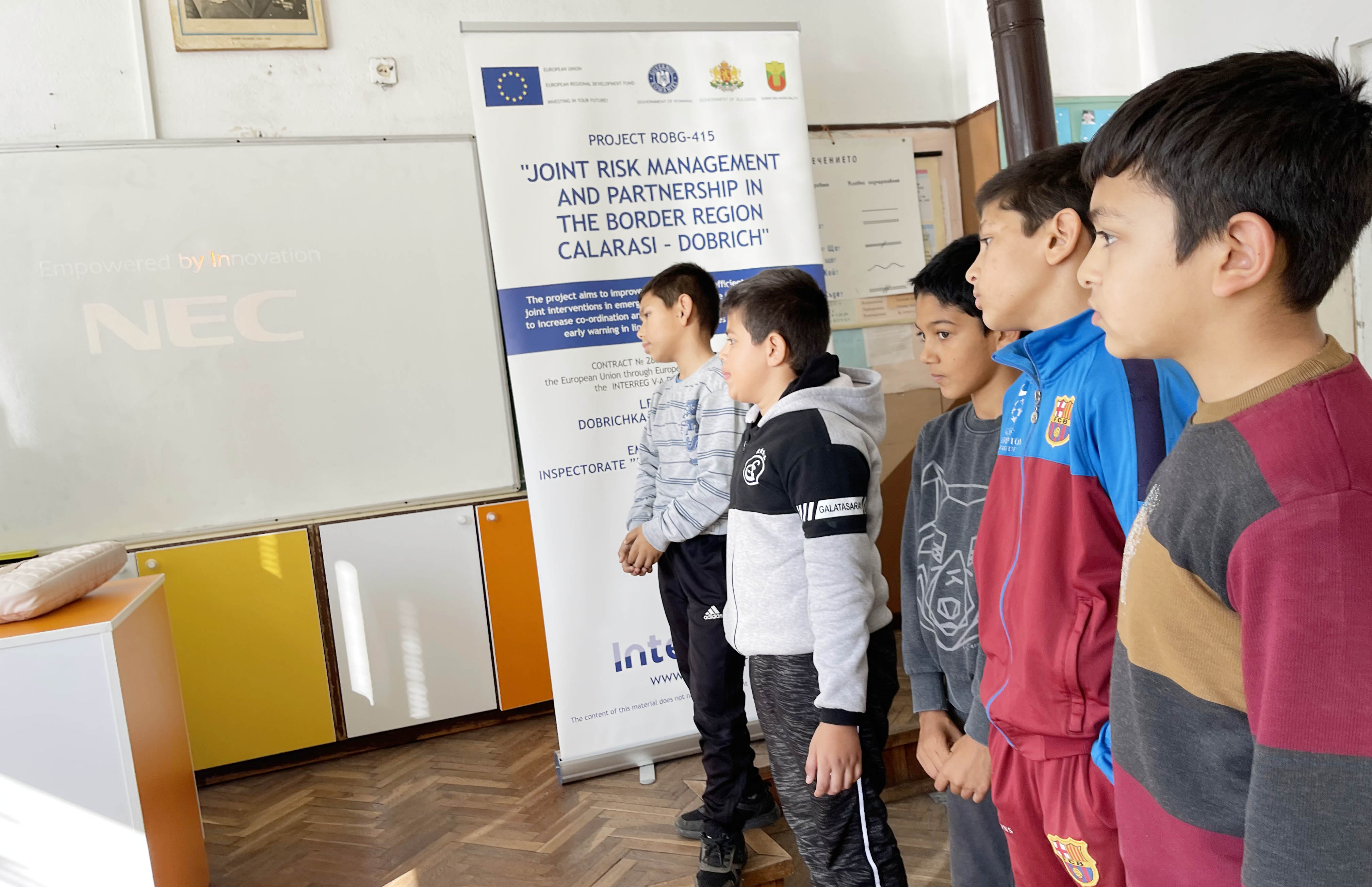 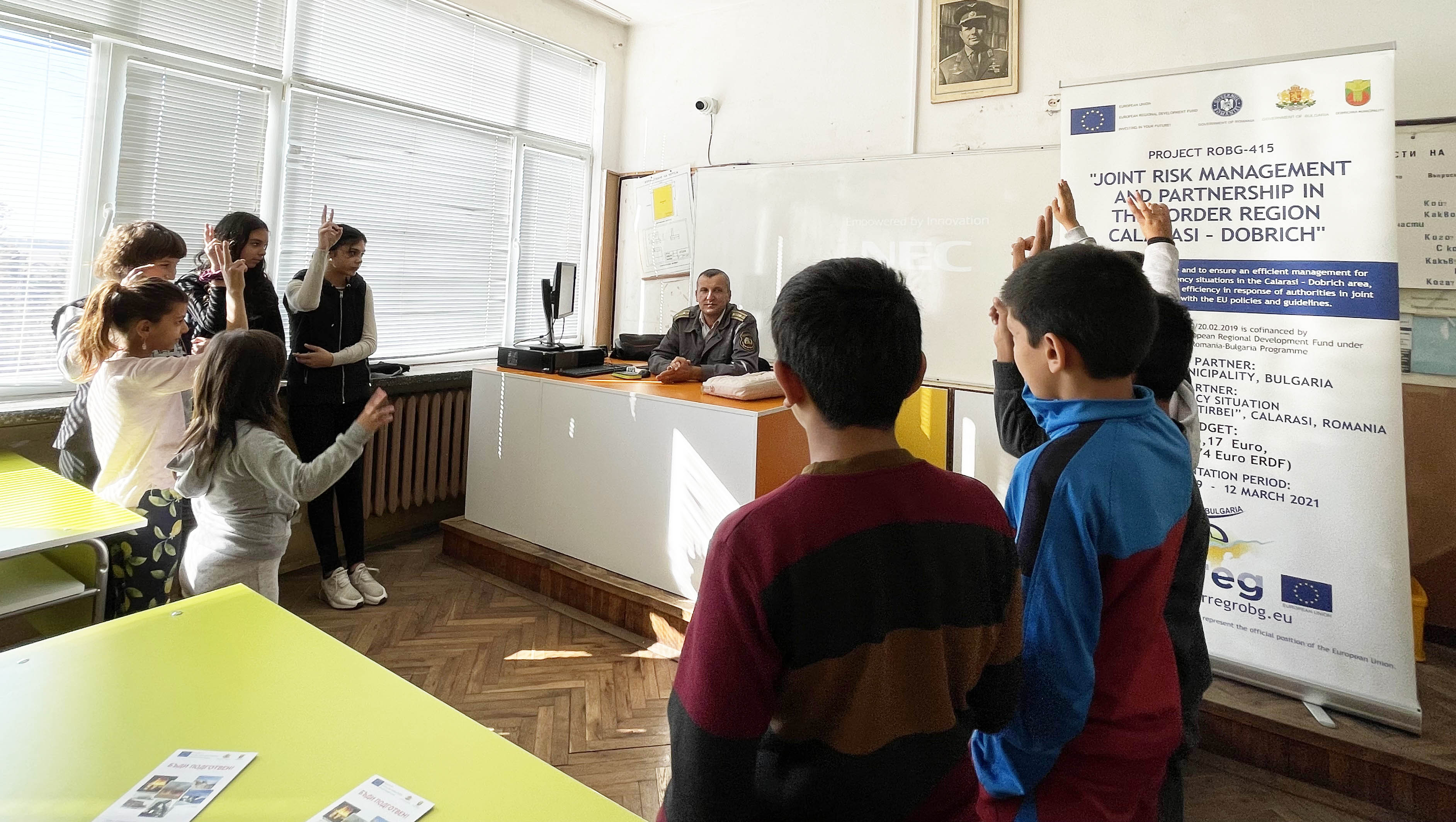 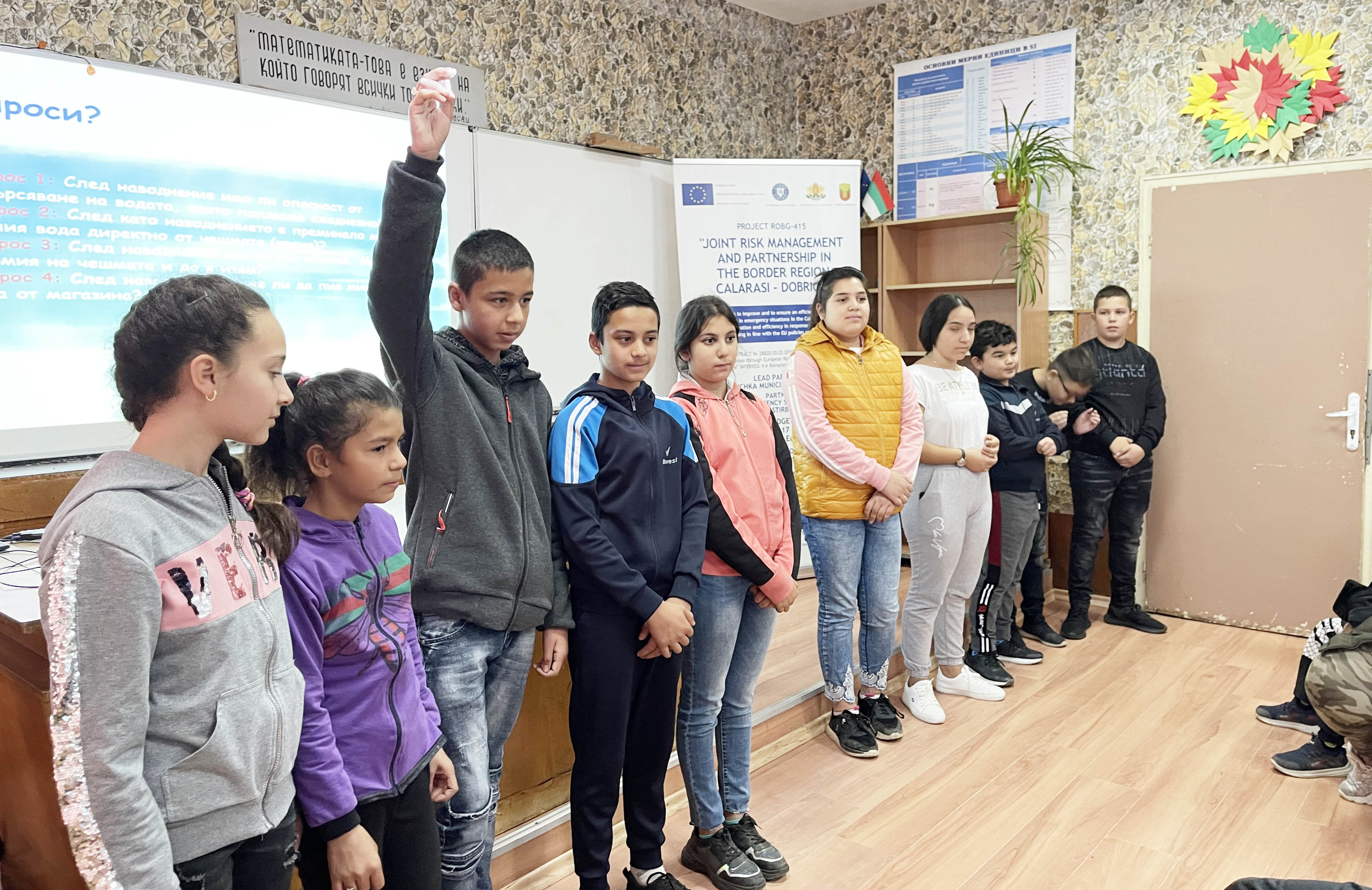 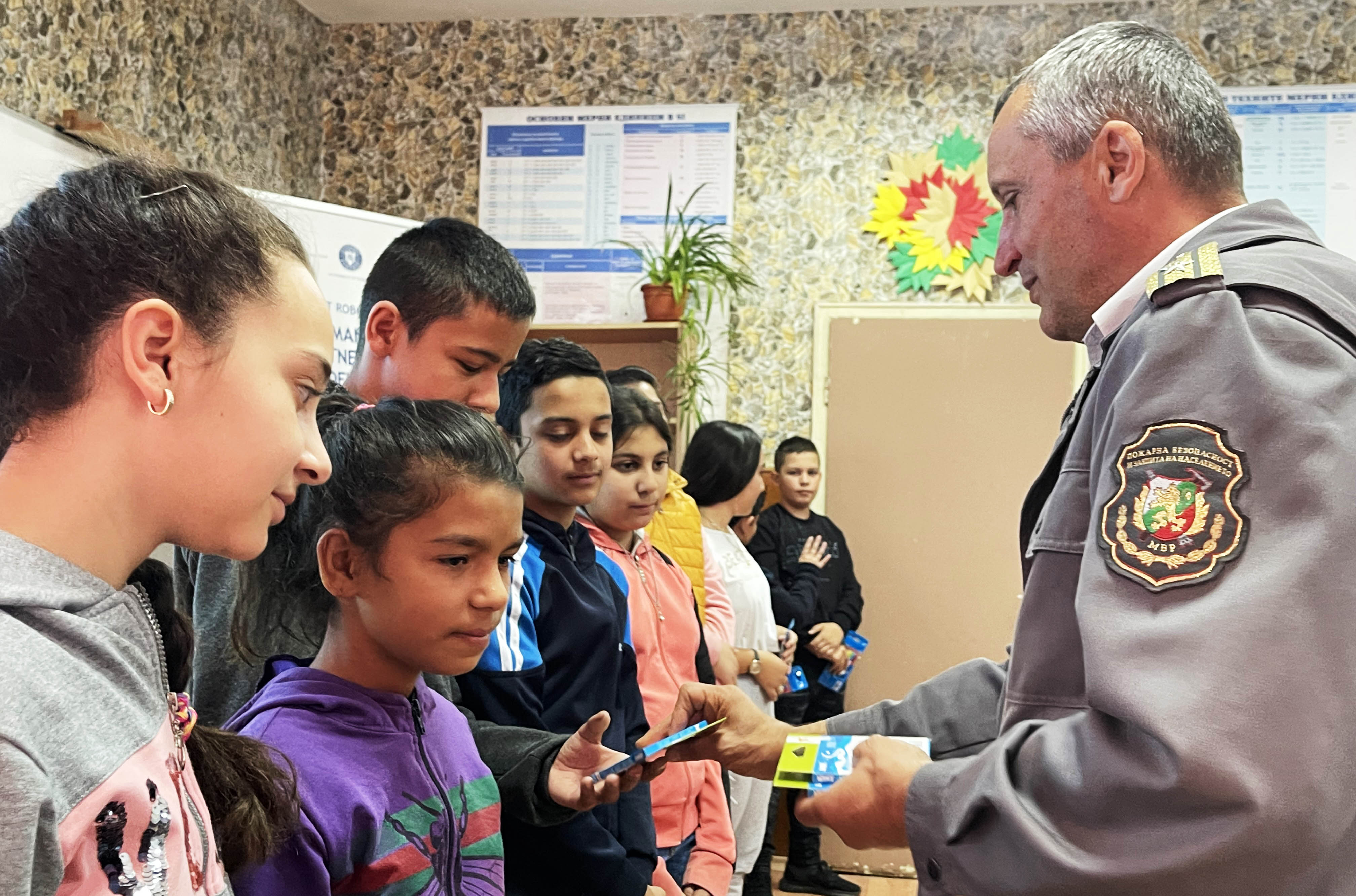 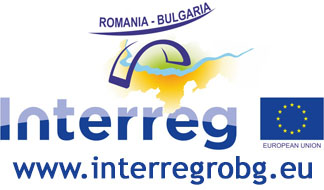